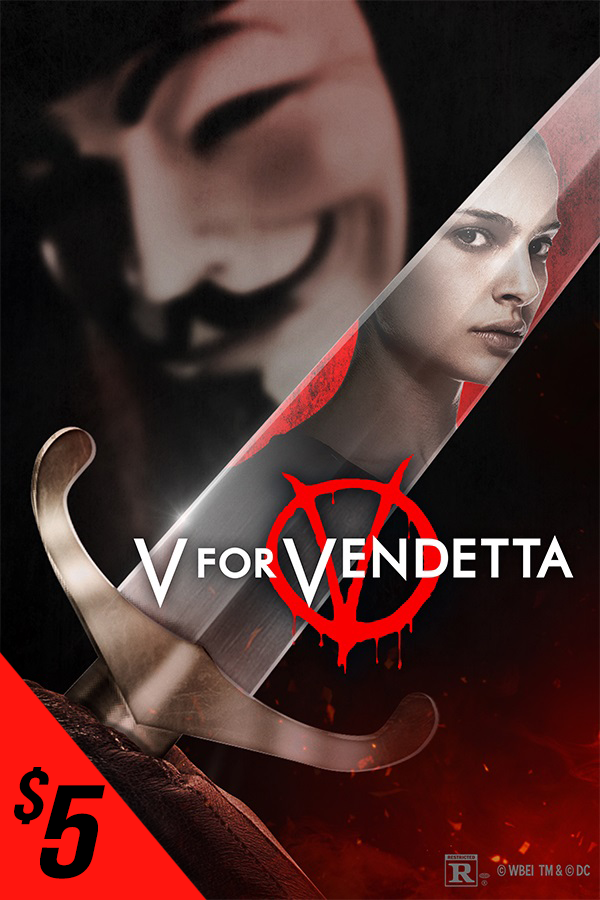 Against the futuristic landscape of totalitarian Britain, a masked man known only as "V," dedicates himself to freeing his fellow citizens from the corruption and cruelty that have poisoned their government. He invites his fellow citizens to join him in the shadows of Parliament of November the 5th -- Guy Fawkes Day. On that day in 1605, Guy Fawkes was discovered in a tunnel beneath Parliament with 36 barrels of gunpowder. He and his co-conspirators had engineered the treasonous "Gunpowder Plot" in response to the tyranny of their government under King James I. V vows to complete the plot that Fawkes was executed for attempting: he will blow up Parliament.

R for for strong violence and some language