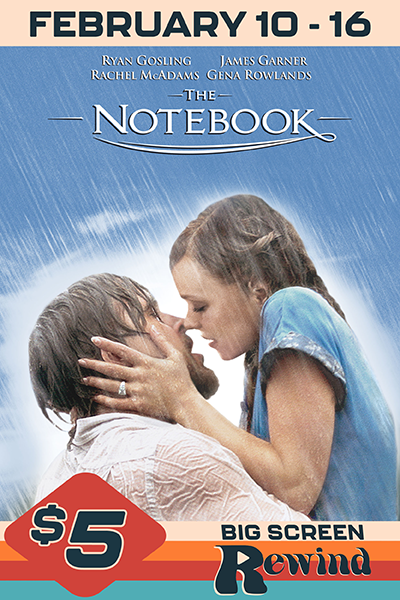 This epic love story centers on an older man who regularly reads aloud to an older, invalid woman. From a faded notebook, the man reads the story of Allie Hamilton, who comes to a North Carolina coastal town one summer during the 1940s. Still in her teens, Allie meets local boy Noah Calhoun, and the two fall in love. World War II separates them, but each is haunted by memories of the other. Seven years later, Allie returns, but now she is engaged to marry another man. Although the old woman's memory has faded, hearing the words read from the notebook lets her relive her turbulent youth and unforgettable love.

PG-13 for for some sexuality