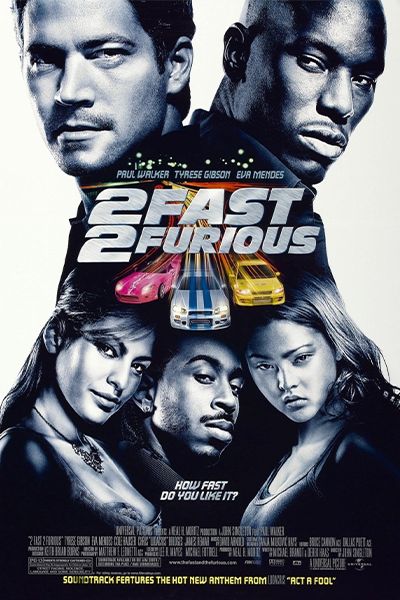 Former cop Brian O'Conner teams up with his ex-con pal Roman Pearce to transport a shipment of "dirty" money for shady Miami-based import/export dealer Carter Verone. O'Connor does what he does best -- talk the talk and push the metal, while Pearce is an accomplished criminal with an aptitude for barrier-shattering speed. It's a last chance for both men. The job may restore O'Connor's badge and erase Pearce's impressive rap sheet. But lines become blurred once again for O'Connor with the appearance of undercover agent Monica Fuentes. She's the key to entering Veron's world, but she also may be in bed with the shady entrepreneur.

PG-13 for for street racing, violence, language and some sensuality