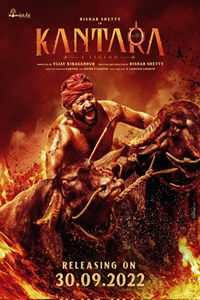 Set in a fictional village of Dakshina Kannada, Kantara brings alive the traditional culture of Kambla and Bhootha Kola. It is believed that Demigods are the guardians and their energies encircle the village. In the story, there is a ripple when a battle of ego swirls among the traditions and culture of the land. In a conflict between humanity and nature, Shiva is in rebellion and working against the latter. He engages in intense conflicts leading up to a war between the villagers and evil forces. Can Shiva reinstate peace and harmony?